This book made me angry. It enraged me and elicited emotions I long buried. Ruth Wariner was born and raised into a polygamous family.  Her mother, the former wife of a church leader who was later murdered by one of his brothers in the fight for power, remarries another church follower.

Paris’ suspenseful debut novel finds an old familiar tale of domestic abuse gone even wronger (if I may). At times this book captured my wavering attention and other times I found myself annoyed by its repetitiveness and its increasingly outrageous premise.

The abuser/husband imprisons his new wife (who once mistakenly fell for his prince charming cloak) and always manages to stay one step ahead of her, however, not in any way that is believable but rather extremely unlikely. There were times when this author could have saved the novel but Paris chose to pave a road that led down to a predictable ending and I was truly glad it ended.

With North Korea as this book’s backdrop and a harrowing true story of survival and escaping the unthinkable, this book grabs you by your ear on the very first page. Little has ever been known of this private, contained and systematic country but in this enigmatic memoir, Yeonmi Park, describes in tragic detail the normality of her daily life as she remembers it. Her suffering is only punctuated further by her innocence of what she imagined normal life to be like everywhere else in the world. She talks about END_OF_DOCUMENT_TOKEN_TO_BE_REPLACED

Well, we did it. We gave in. We went to see Fifty Shades of Grey. I suspect not so much because of the hype in the media surrounding this movie but more so for our own curiosity’s sake (at least I can only speak for myself). After all, movies like this with such strong sexual language and “touchy” subjects are not featured every day (filmed yes, we actually call that pornography but mass featured at your local theatre, no).

I walked in not expecting much and that is the exact attitude I believe everyone on the fence about watching the movie should have- an open mind. Although I did not finish the book trilogy (due to my natural impatience for all things unreadable- the book was garbage really), I did see, just from completing only the first book, how it would appeal to the general public especially those that were being introduced to this sexually racy, shocking, blatant and erotic subject for the first time, in print. Although erotic romance novels are nothing new to the vast genres of the literary world, this is the first time that this genre has gained such notoriety and been discussed at this high a level. Talk shows, serious news media outlets, comedic figures started featuring related stories, parodies and discussing these matters of sexuality, consent, risqué behaviour that used to be taboo but for some reason now openly debated. Again, a subject that has always existed and written about with a large yet rather quiet cult following but only now being dramatically produced on screen and talked about– ad nauseam. This begs the only question- why now? Is it because our culture has only now started to accept that these fantasies and desires are collectively shared resulting in the public’s infinite thirst for sexual knowledge and understanding based on progress within our sexual evolution? Or is our culture finally accepting of differences outside of what’s considered the “norm” and allowing a platform for such discussions to take place (along with other sexually revolutionizing ways of identifying ourselves through the language of LGBTQIA2)?

A comedian in the 90s once said about the Spice Girls: everyone loves them but no one ever admits to buying the CD. Yet, somehow they sold over six million albums worldwide, we all know the lyrics to every song along with their real and musical personas, and either did or wished they had attended their reunion concert! I gather this is the exact boat all erotica followers are sitting in and until recently it was always a secret culture but now, somehow society has given permission for all to judge for ourselves and no matter how we privately feel about it (yay or nay), there is now more acceptance and a sense of tolerance.

Back to the film- surprisingly not terrible. I say not terrible because it was not terrific; there were times of undeniable wincing at the corniness of the script, however, what saved it during these moments of cheesiness were the injections of smart wit and comical flavour that actually warranted a few genuine chuckles from the audience. Other than the film not taking its own work of “art” too seriously, there were two other major factors that made this film extremely watchable: the acting and the soundtrack.

Make no mistake, when I say “acting” I really only mean Dakota Johnson’s performance (aka Anastasia Steele) although, Jamie Dornan (aka Christian Grey) does have some credit here, his non-celebritydom that is. What really worked for this film was that these two actors were relatively unknowns and that made this film more relatable to its viewers. I believe this film could not have cast a better female lead than Dakota Johnson and what made it all the more entertaining to watch was her skill of playing every single facet of this character- from the charming and unassuming virgin, to a radically sexualized being to an anger-fueled woman demanding more than “sexual slave” as her relationship status to Christian Grey. Dakota Johnson, I thought, did an amazing job at showcasing her character’s sense of naivety, mousiness and genuine innocence without it being over-acted and perceived as phony.

The soundtrack/score was an amazing accompaniment to the movie; there’s nothing much more to say about that than the fact that it suited the movie without flaw. Its steady, calm and melodic notes at the perfect times were pierced by the film’s dark and sultry tones which I thought provided a more modern twist to an elemental-themed movie.

One other thing that perked my ears in the theatre was the surprising presence of the Eastern European community (mostly Russians if my language-recognizing skills served me right). What does this have to do with the film my crazy boyfriend impassively asked?! Well think about it, when we consider some of the most notable and controversial literatures of our time with similar subjects, which authors/novels do we think about? Perhaps Anna Karenina written by Leo Tolstoy in 1955 which explores the themes of hypocrisy, jealousy, sexual fury, societal norms and erotic desire? And of course, who can forget one of the most provocative novels of our time, Lolita written by Vladimir Nabokov in 1877 which blatantly and unapologetically illustrates the societal taboo of incestuous passion, admiration and obsession. And a small disclaimer here, perhaps I am generalizing a bit so this is not to say all Russian literary greats are known for extending these radical subjects to mass audiences, it was simply an observation that was made while waiting for the film to begin!

And a last piece of advice for anyone who hasn’t seen the film or read these novels- judge for yourself. Don’t be afraid or embarrassed to explore other novels in this genre. Fifty Shades of Grey isn’t the best but unfortunately for those naysayers, it won’t be the last either.

It’s the 1950s- Yahtzee was just introduced, colour television was the most technological forward gimic anyone could get and air conditioning? What’s that?

No, okay fine it’s 2011- it’s hot and muggy and sitting outside you risk being fried alive and air conditioning definitely exists now but not in this joint- Aunties and Uncles that is.

It’s the type of place that could keep you occupied, if you’re a serious starer like me, for hours on end. From the old wallpaper to the knick-knacks that bring you back to a time when even you did not exist but have only heard about- it’s certainly an era thing.

While the location is set right downtown in between the Dees, liquid bars and Chinatown, you could hardly notice the hustle and bustle of it unless you walked to the corner end and peered out. It’s a supreme location- central yet quiet.

The inside was set up as if you were at your aunt and uncles. However, I doubt that this design was more on purpose but due to lack of space and funds. They, however, do a great job of disguising this fact though (again with the memorabilias and artifacts of that decade).

The staff and food were better than you would expect a small kitchen of this size to create. The menu itself was short, limited but the items were unusual and generally made-up for its lack of choice (such as: challah bread, aioli, chutney, curry, dried mango ingredients). Aunties and Uncles, definitely not a place where salt & pepper shakers are refilled but my chicken BLT was juicy, tender and not dry and stiff at all- a rarity!

The 50s were an era of flavorful music, new discoveries and on the cusp of new conveniences and Aunties and Uncles is a great place to grab a bite, heck I may even try the patio next time but deep down, I’m a 90s chick! 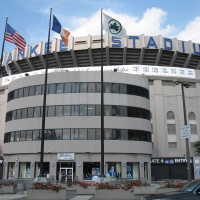 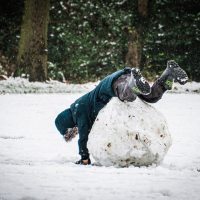 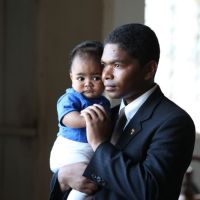 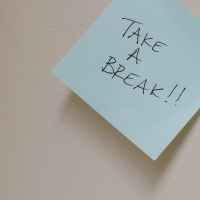 Musings of the Emotionally Complicated