Welcome to my series in which I spotlight one of my followers. I’ve always had a deep fascination with people: how they became who they are, the struggles they won, and the hard lessons they learned over time. All of these scars and stories make up a person’s life. While I think it’s important to reflect on your own journey, it is also equally important to hear other voices and see diverse perspectives. In this series, the spotlighted blogger will be able to tell their story through curated questions I’ve asked of them.

The blogger I chose to spotlight for the month of March is someone who shares the same type of religious blogging schedule as I do. He posts weekly (on Tuesdays) come hell or high water. What strikes me about him is that he takes the time to engage with his readers through his own blog and also through his readers’ blogs. I find so much inspiration from him through his work and find his honesty refreshing. His blog is so relevant to me because he shares his real struggles and successes with his writing journey, and his writers’ work ethic is incredibly admirable!

Without further ado, I introduce you to Stuart Danker of Your Friendly Malaysian Writer blog.

A Bit About Stuart

What is one thing you do now that you didn’t do 5 years ago?
The main one? Writing regularly (and not for work)!

What would you say you’re good at?
Realizing that I’m not good at anything, which allows me to work harder.

You’re a preteen and someone asks you, “What do you want to be when you grow up?” How did you answer that?
At first, a professional rollerblader for the X-Games. Then a professional Starcraft player. Then an MMA fighter. All non-traditional. I have no idea why.

What do people tell you about yourself regularly that annoys you? Explain.
That I’m quiet. I think my fellow introverts know how this feels.

Do you get embarrassed easily?
Very easily. Heck, I get embarrassed holding the line at the cashier because I take an extra seven seconds to take out my credit card from my wallet.

Finish this sentence: I can’t imagine a world without….
…words!

REFLECTIONS ON LIFE SO FAR…

What is the worst job you’ve ever had and why?
It has to be a tie between auditing and that time I was a waiter at the age of 16. The first was because I never got to see the sun, and the second because it was just exploitation.

What were you scared of when you were younger but have since gotten over?
Being alone.

What was/has been a barrier in your life so far that you want to be better at?
Confrontation. I still am learning how to deal with it. And that stems from self-confidence too, which I’m working on. I would like to stand up for myself more and not fear rejection.

What did you wish for when you were a kid but in retrospect, glad you never got it?
An easy life.

What is something in your life that didn’t go according to plan? Explain.
My career path. It’s just been huge leaps from one career to another—retail, hairdressing, auditing, writing, marketer—and that’s not including my odd jobs yet. I’m currently pursuing fiction, but honestly don’t know what’s next.

Did you always want to be a writer?
Actually, yeah. I remember during my hairdressing days when I used to ask my boss if she needed any writing done, and when I’d read magazines, fantasizing of seeing my name in print. But it wasn’t a childhood dream, though.

What’s better, finishing a terrific blog post you’re proud of or reading an engulfing novel that you can’t put down?
Definitely finishing that blog post. I’m sure you know that feeling as well. That huge pow of accomplishment, even when blogging on its own isn’t a very sexy thing to do.

Do you have a favourite word?
Mordant. For some reason, that word’s stuck with me for the longest time. Not that I use it often. Not mordant enough for that.

What word, in your opinion, gets overused a lot?
Everyday. Workout. Usually wrongly substituted with their spaced counterparts.

Do you have to have natural talent to be a writer or do you think all it takes is good practice?
I actually think it’s my gift—the thing I do with least effort that gets most results (insert tales of being told you’re a good writer as a child). But in actuality? I still have a looong way to go.

What makes a writer a writer?
Someone who writes instead of asking how to.

Career: Do you believe it’s important to work at a job you love or is it just a means to an end?
Either is fine. The former is ideal, but sometimes you gotta do what you gotta do.

Social media: Was the development of social media ultimately good or bad?
Today I chatted with a sportsman I admire. Couldn’t have done it otherwise. So it’s good for me!

Finding success: What is your definition of success?
Being able to do exactly what you want to every day.

When did you begin your blogging journey and why did you start?
2014 on WordPress, but I actually started back in the 2000s when you had to build your own websites on Geocities. We even had guestbooks then.

Who was the first blogger that you followed that still posts today?
I follow quite a few blogs, but among those, the oldest follow with the most recent update would be Silence Killed The Dinosaurs. I actually love her content and it’s so rare to see illustrators a la The Oatmeal on WordPress.

Who is the top commentor on your blog?
Ah, that’s Jim Borden. He’s inspirational in that he’s not only active in the community, but he also posts every. freaking. day.

How would you describe your blog to someone who’s never read your content?
I’d like to think I’m the cheaper and Asian version of Mark Manson. But my niche always evolves, so who knows what’s next.

Which of your posts are you most proud of?
This post about my first week in AirAsia, while relatively obscure in the blogosphere, went viral on Facebook. That was the first time I’d ever experienced something like that.

What’s your favourite topic to write about?
The topic itself varies from writing to productivity to health, but recently I’ve started trying my hand at humour. There’s just something about making people snort out their nose that makes me happy. I credit Terry Pratchett and David Sedaris for this.

Has your blogging schedule always been the same?
Everything pre-2019 was pretty haphazard, but I’ve since adhered to a once-a-week schedule for a couple years now. Every Tuesday. No deviations. I’m thinking about doing twice a week, but we’ll see.

What was your most recent post about?
Currently, it’s about how unfinished tasks could worsen procrastination. Of course, that might change once this post goes up.

Who was the first blogger that commented on your most recent post? Please tell us a bit about them/their blog/how you came to know them/why others should follow them?
I think it’s Josh, and I’ve only recently stumbled across his blog. I was interested in how he described his experience living with bipolar, and left a comment thanking him on illuminating me.

Lastly, how have your thoughts on blogging changed over the months/years you’ve been blogging (if it has)?
It’s definitely changed. I used to be super casual about it, only writing what I felt like, when I felt like. But like anything else in life, you get what you put in, so I’ve since started putting more effort into my posts, networking, and making sure I stick to a schedule, and I’ve since had the privilege to know so many people on the platform (including you)!

Thank you so much for sharing, Stuart! 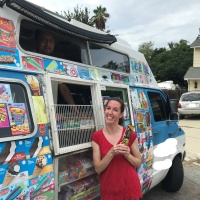 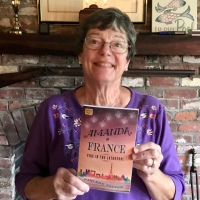 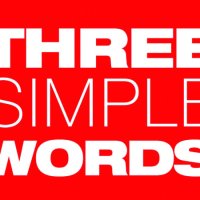 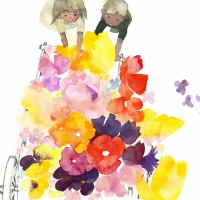 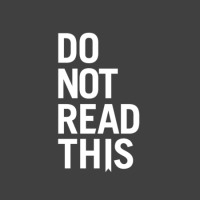